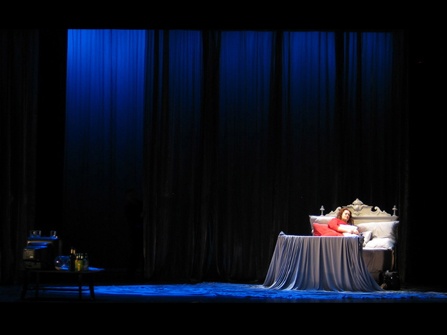 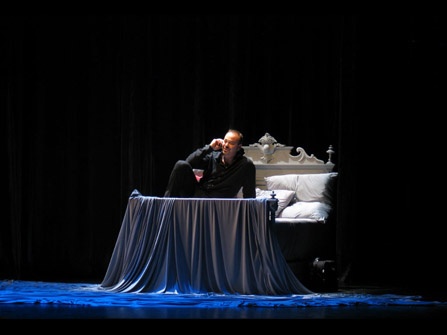 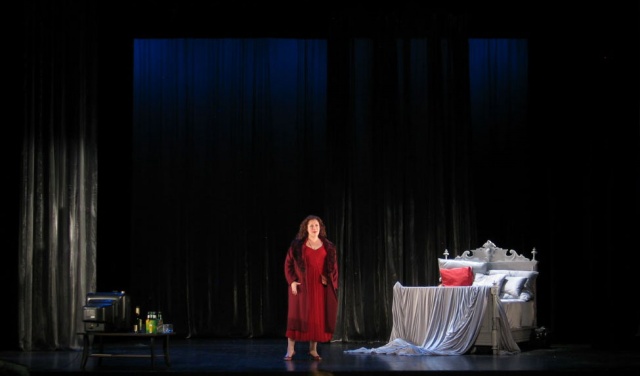 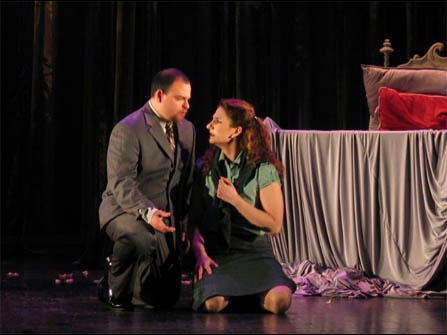 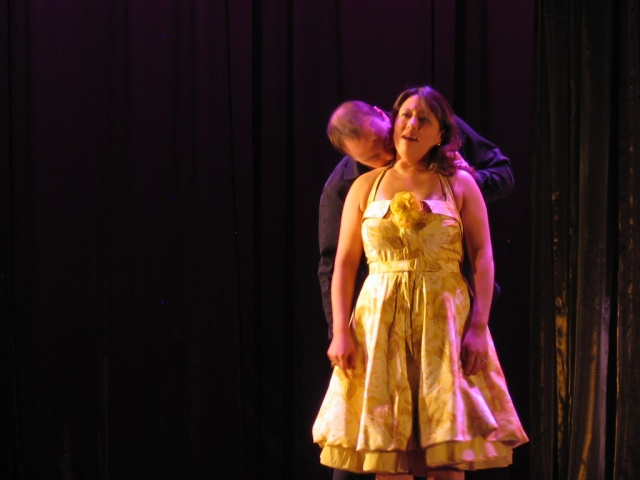 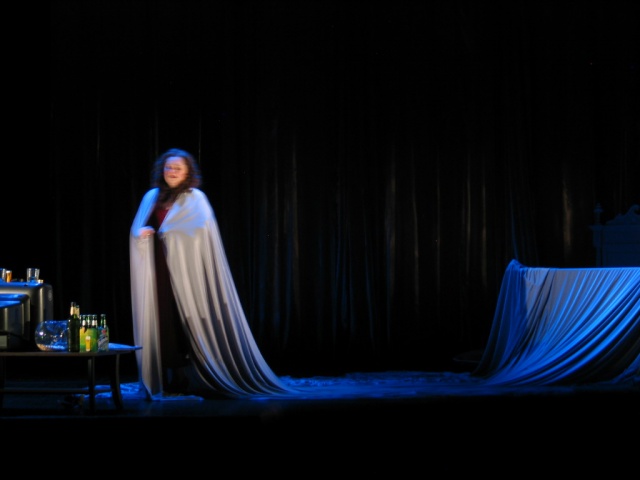 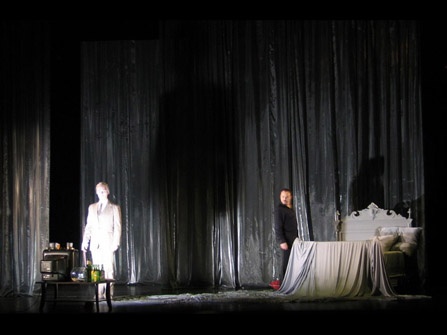 In this production, Giovanni's bleak hedonism indifferently zaps from women to ecstasy. The set, a cold and austere environment of silver drapes around a bed where all solitudes converged, included the magazines, old tv set, and empty bottles of a sad bachelor pad. The costumes, blocks of primary colors, gave a graphic vibrancy to the humans, partly a relief from the environement, partly the symptoms of an altered mind under the influence. In the slow progression of a drug-induced nightmare, the silver sheets oozed from the bed, to finally cover most of the stage. It was from the bed iself that the ghost/hallucination of the Commandatore rose to take revenge on Giovanni's soul. Giovanni's damnation was, in the end, the indifference of the rest of the world.