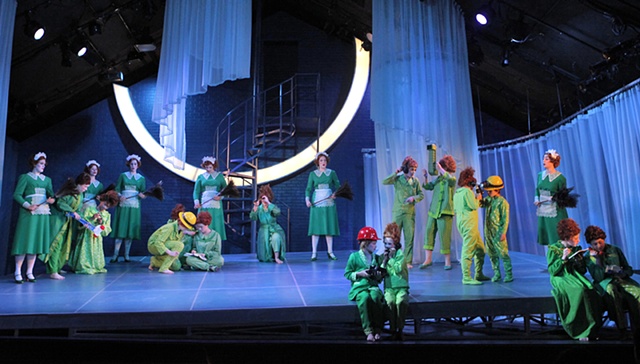 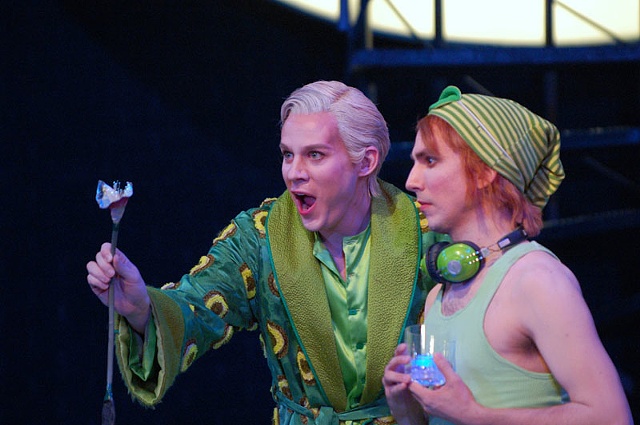 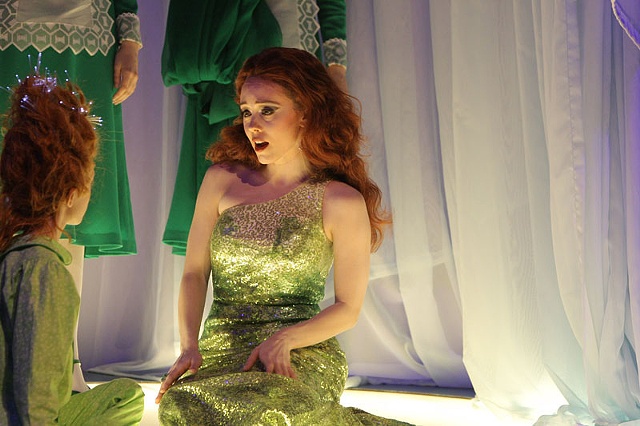 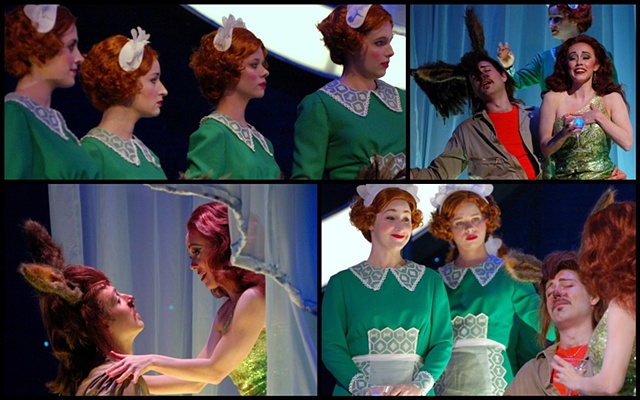 Fairies and an Ass

Titania and Oberon have the silver-screen glamour of a Greta Garbo and Rudolph Valentino and their fairies are children in old-fashioned bedtime attire. The lovers come from a world of archetypal establishment, represented in the boarding-school inspired propriety of their clothes. This is all set in sharp contrast with the realistic, contemporary grittiness of the rustics/construction workers, whose antics appear all the more comical that their world is so close to ours.

Throughout the opera, the children populate the stage with their whimsical games, their toys and mischiefs; as if this entire dream had come out of their picture books and collective imaginations.