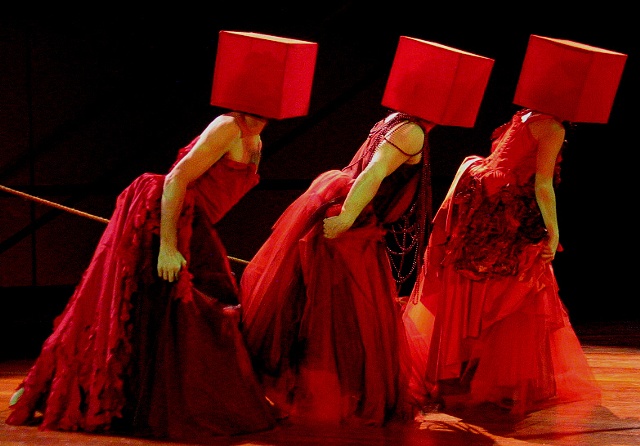 Macbeth, Banquo and the witches 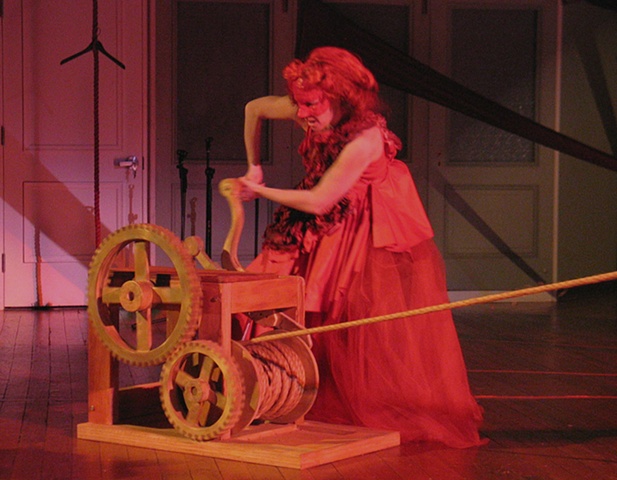 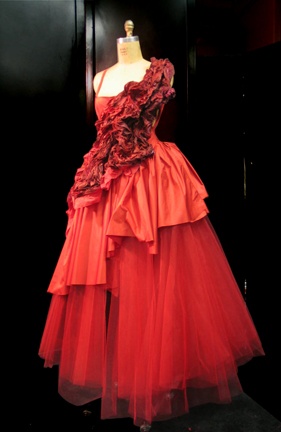 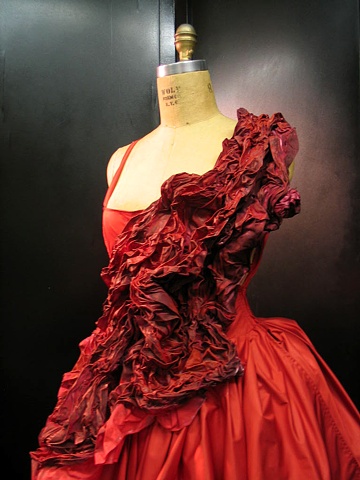 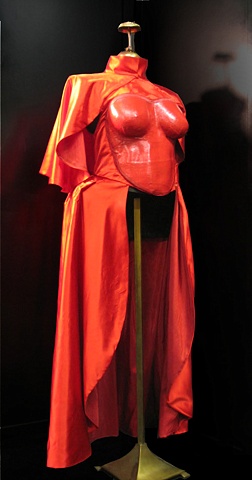 The Macbeth Variations and Meditations on Macbeth are an international collaboration between Strike Anywhere and ANITYA (Paris, France). ANITYA is the foremost French practitioner of Soundpainting, the sign language used to structure improvisations invented by Walter Thompson. Strike Anywhere is one of only two interdisciplinary ensembles in the U.S. currently applying Soundpainting to classical text. Using physical theater, modern dance, improvised new music and Soundpainting, the piece explores excerpts from Shakespeare's "Macbeth" to create a highly-charged interdisciplinary performance event that is different every night.

Meditations on Macbeth is a set of improvised inter-disciplinary compositions created and performed by the Strike Anywhere Performance Ensemble. The evening is broken into several movements, each movement exploring a different aspect of the play Macbeth using Shakespeare's text as the melodyfrom which the improvisers depart. Just as jazz musicians improvise on jazz standardsfinding infinite variety within classic tunes, each performance of the show will be different. Improvisers rip apart rehearsed scenes and reassemble them in new ways examining the elasticity of ethics, the nature of ambition, and the corruption of the mind. The performance features on-stage conductors who sculpt the improvisation through a complex sign language called Soundpainting. Soundpainting is the live composing sign language created by New York composer Walter Thompson for musicians, dancers, and actors. Performers respond to the conductor's gestures by shaping their improvisation as signed. Musicians might jump from an up-tempo swing-feel to a splatter of pointillistic sound while actors, tangled in a seduction scene, suddenly reveal their whirring interiors through a set of repetitive actions. By using Soundpainting to disrupt narrative, to loop, splice and reorder text, the sonorous quality of Shakespeare's language takes front seat. Actors can solo, comp, punctuate or provide counterpoint just as members of a band. Actors might be directed to cycle a selection of lines with changes in intention, tone, or even the sequence of the words themselves. The use of repetition and variation breeds multiple layers of meaning. The result is a highly-charged interdisciplinary performance event that transcends language, a soundscape that floats in the sea of jazz, and is anchored in classical text.

Though Soundpainting has been embraced by music departments in several key American Universities and by conservatories and orchestras throughout Europe, Strike Anywhere is one of only two ensembles in the U.S. applying the Soundpainting language to theater and the first group to apply Soundpainting to Shakespeare.

"This production is both edgy and old skool...A tone poem, meant to invoke a nightmare. It was the best staging of the play I've seen in a while." - Robin Lester, Clinton Hill Blog