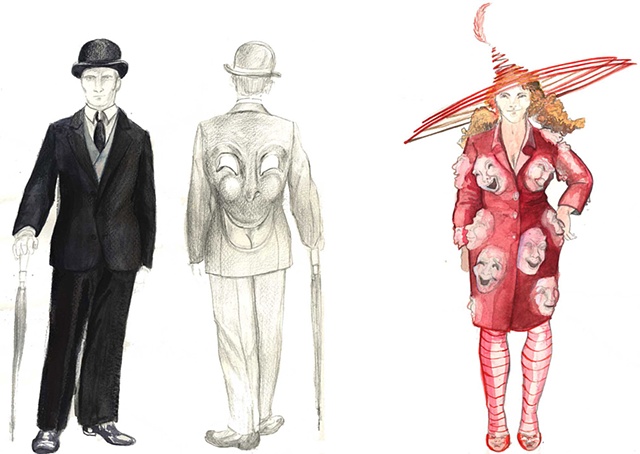 Platée (Thalie, muse of Comedy and Momus, god of Mockery). Yale School of Drama.
< previous next >

In searching for modern equivalents of the archetypes presented in the plot, I set the opera in a world where the icons of the trendy and glamorous world of art critics and movie stars are confronted with the unappealing realities of raw nature. Sophia Loren and Marcello Mastroianni meet the subjects of Diane Arbus' haunting photographs... BACK TO OPERA